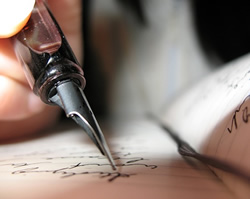 Is it possible to write a novel in  seven days?

This is a question I have been asking myself the past couple of hours. What’s more, is it possible to write a novel that is fit for publication within seven days?

In the past I have sat down and written maybe 30,000 words in a week but that was writing pretty much in the evenings only whilst I had a full-time job. To be honest those same 30,000 words are gathering dust in a cupboard and are unlikely to ever see daylight again.

I have read of a couple of authors who have done just that. Though in many cases these have been planned out meticulously in advance. In fact in the US there is an annual competition for people to write a novel within three days over the Labour Day Weekend (Sept 3rd to 5th, 2011). In this case there appears to be no restriction except that the author must write a minimum of 100 typed double-spaced pages which is going to equate to approx 33,000 words. Not really a full length novel though is it?

So okay, say I was considering writing a novel from scratch without any pre-planning within seven days, would it be possible. Well one thing is for certain there are going to have to be some ground rules.

First off, what is a novel?

On average it would seem that a novel falls between 50,000 and 110,000 in word length. Both Aspects of a Psychopath and Damon are less than this and are more commonly termed as novellas. If I tried writing 110,000 words in seven days then I will probably be in some form of vegetative state at the end of the week. Not ideal! Instead lets set a limit of 70,000 words. Why 70,000? Well for the simple reason that on my bookshelves, despite novels varying in the number of pages the number of words appears to average out at about 70,000 per novel and that includes amongst others, novels by the popular author James Patterson.

The first rule then is that the total number of words will be no less than 70,000.

Rule number two: how long do I have to write the novel from start to finish? Well the title of this post should have enlightened you to that one. Seven days.

Third rule – and this is probably the toughest of them all – the novel is to be written with the intention of getting it published with a standard bricks and mortar publisher so that you can hold the book physically in your hands. We’re not talking self publishing here though never say never!

Are there any more rules? Nope. I don’t see the point. I think the first two pretty much say it all. However since I am making up the rules as I go along I have one proviso. Basically I doubt that any piece of work of 70,000 words in length written within seven days is going to be of a publishable standard without substantial editing / rewriting . Therefore the challenge should be the completion of the first draft of a 70,000 word novel within seven days.

Ah! What about writing a novel fit for publication? Well I suspect that if I was to spend seven days writing a 70,000 word novel the chances are that if it doesn’t have a good plot and character detail then it won’t matter how much editing / rewriting is done afterwards the basic premise could still be crap and therefore not publishable.

The question now is do I accept the challenge that I have seemingly laid out for myself above?

Hell yes. Why not?

That leaves one question remaining: When do I start?

How about Wednesday? I’ve got some things to do tomorrow and I think Tuesday I’m going to have to get some stocks of coffee and Lucozade in. So we will make it Wednesday 10th August starting at 10 am with a deadline to complete 70,000 words by 10am on Wednesday 17th August.

Shit I must be mad!

Oh, on a final note, if anyone’s got any idea of a storyline they might want me to consider feel free to let me know as I currently haven’t thought that far ahead.