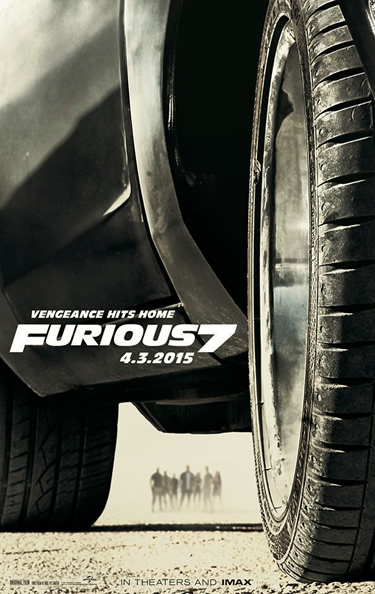 With Jason Statham in the role of Deckard Shaw, brother of former British Special Forces soldier Owen Shaw whose criminal activities were brought to an abrubt end in F6 by the the speed-crazed crew that have been the backbone of the movie franchise, you just know this is going to be a great film. Added to that it is common knowledge that Paul Walker died shortly before the completion of the film then there is a somewhat morbid curiosity to see how the producers got out of what could well have been a tricky situation and a possible end to the franchise.

As expected the film doesn’t disappoint. Dominic (Vin Diesel), Brian (Paul Walker), Luke (Dwayne Johnson) and the rest of the gang return with jaw-dropping stunts and and an amazing backdrop of the city of Abu Dhabi in the Middle East it is a pleasurable two hour experience.