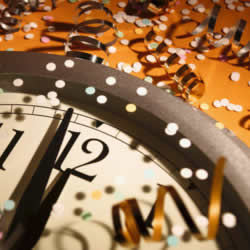 Sure, I know its a little on the late side but its the thought that counts… isn’t it?

I don’t know about you but for me 2011 was a particularly odd year and will probably be remembered for the wrong reasons: a dead car, a dead cat, a broken wrist, a holiday in the sun that started with a case of food poisoning even before I set foot on the plane which in turn led to a seriously bad case of concussion – yep that last one hasn’t been publicly shared but perhaps one day I will share it with you! In July I took voluntary redundancy from my job with the council where I had been working for nine years. With the current economical climate only time will tell whether that decision was a brave or foolish one though I certainly feel that it was the right decision for me at the time.

Also 2011 was the year that saw the publication of my two books Aspects of a Psychopath and Damon as ebooks, available from a variety of online stores in formats for ereaders such as the Kindle, Sony Reader, Kobo, iPad and many others.

And here we are already four days into the new year… 2012 to be precise. And if we are to believe some of the rumours that are going around its going to be out last year also! Yep that’s right the world is due to end because the ancient Mayan calendar ends its 5,125 year cycle on December 21st, 2012. No more Christmas’, no more New Year’s Eve parties and if your birthday falls on December 22nd or later then there’s no more birthdays for you either! We’ve had them all! Well….  if you believe all the nonsense anyway. Hell! We survived the Millennium and that was supposed to be the biggest doomsday date of all.

So what has 2012 in store for us? Personally for me I would like to see the toe rags who, on New Year’s Eve, broke the aerial off my car and then proceeded to use it to scratch not only my car but a number of other cars in the same street hang for their crime. Unfortunately I suspect the chances of that happening are a little slim. It certainly wasn’t the best of starts for a new year though I guess things can only get better!

We also have the new website. I hope you like the new layout. There’s still a few tweaks to make  here and there but personally I think it hits the spot so to speak!

As for writing… I promise there will be more. The Sam Wilde series will be available shortly and there’s an idea that I’ve been working around  in my head for another dark story though that one won’t be for a while.