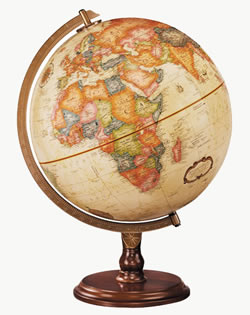 For the past eight years since I have been living in Scotland and usually around this time of year, June to September, I often catch myself glancing out of the window at the falling rain and wonder what has become of the Scottish summer.

It always seems to be the same – a few weeks of sun in late May followed by a rainy season until late September when the sun reappears again for another couple of weeks. Admittedly this year seems to have been the exception with the dry spell continuing well into June before the rainy season hit.

It seems ironic when just a few hundred miles south the rest of the UK is apparently basking in extreme temperatures and no doubt this will be the hottest / driest year on records; just not in Scotland!

So it will come as no surprise that one’s mind often wanders to exotic places far away. I have always been fascinated with Asia and whilst searching holidays and flights to get an idea of how much it might cost for a change of scene from the dreariness of Scotland I came across the Air Asia website and read that they have started running flights to Myanmar!

Where is Myanmar? I ask myself. I’ve never heard of the place. I spin the globe that sits on my desk looking for this unknown destination and at first I have no luck in finding it then I spot the name (Myanmar) written beneath Burma. A search online reveals quickly reveals that in 1989 the Government officially changed the English translations of many colonial-era names, including the name of the country to ‘Myanmar’.

My curiosity has now got the better of me. I’ve heard of Burma before but that’s about it. Compared to its neighbouring countries of Thailand, India, China and Vietnam I know very little.

As I investigate further I find that Kipling once wrote of the country:

It is quite unlike any place you know about.

It seems that even today it is still a world apart!

The Shwedagon Pagoda, which at approximately ninety-eight meters in height,  gilded in gold and located on Singuttara Hill dominates the skyline of the former capital city of Yangon (Rangoon). From the photos alone that I have found it must be an unbelievable sight to see and one I would ensure was top of my list of places to visit.

As a former British Colony there are still signs of colonial architecture in existence with some districts reminiscent of the period when the country gained independence from Britain in 1947. Unfortunately, in many cases the years of neglect have taken their toll and the future of these buildings is uncertain and it would be a shame not see them whist they are still there to be enjoyed.

Whilst in Yangon a visit to a number of the museums will also be worthwhile in order to throw more light on the history of the city and the culture of the people.

An hour’s drive from Yangon lies the ancient royal city of Bago, one of the richest archaeological sites in Myanmar.  The Shwemawdaw  – ‘Great Golden God Pagoda’  -at approximately 114 meters in height is apparently the tallest pagoda type structure within Myanmar. Other highlights include the 55-metre long Shwethalyaung Reclining Buddha, the reconstructed Kamboza-thadi Palace of Bayinnaung and the four giant Buddha images of Kyaikpun Pagoda.

A few days spent along the coast will provide the peace and tranquillity missing back home. A short flight from Yangon itself the unspoilt beaches of Ngapali and Ngwe Saung on the Bay of Bengal will be well worth a visit. There are miles of beautiful, white sand to walk along with the tranquil, crystal clear waters of the Indian Ocean lapping along the shore.  Small fishing villages, where the way of life has remained pretty much unchanged for centuries, dot the coastline.

Venturing further afield from Yangon a river boat cruise along the Ayeyarwady River between Mandalay and Bagan provides a unique opportunity to discover the country from within its very heart.  Lining the river banks are Ancient Myanmar or Burmese sites, pagodas, temples, remote villages and former trading posts.

Of course I’m only touching the tip of the iceberg so to speak – or should it be the tip of the pagoda!  There are many more sights to see, some you will come across by searching the internet or reading guidebooks. Others can only be found by visiting the country itself.  As for culinary delights, what could be better than a visit to the street markets? There’s nothing like experiencing the real thing and eating samosas, fried noodles, chickpeas and fresh vegetables at a local food stand.

Does it rain in Myanmar? Sure it does and the rainy season is between May and September but its warmer than here in Scotland and should the opportunity arise then I would certainly jump on a plane to experience the country, its history, the people, the sights and tastes for myself.

AirAsia fly from London to Kuala Lumpur and throughout Asia – ‘AirAsia, Simply The Best’ .