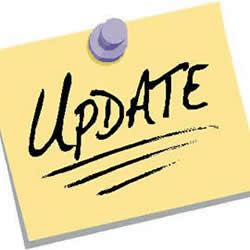 Yes, as you may have noticed we have had a bit of an update. There’s still a few things to do before the new year so if you do spot something slight awry, (ie you may only be able to see half a video or part of a picture is missing) don’t worry too much as everything should be fully available within the next week.

So what are the changes… well first off you will have noticed we have an entirely new design. although I liked the previous layout I didnn’t feel that it suited the website as well as I had liked. This new layout I feel is more engaging. As I’ve already mentioned there is still a bit of work to do, most of which is to do with ensuring that previous posts are formatted correctly however you will currently notice that if you click on any of the options at the top of the screen you are taken to the latest post rather than an archive list of the previous posts. This is just a side effect of changing over to a new design and will be resolved after Christmas.

One of the major chanes you will notice is the new’ ‘Tab’ sidebar running down the left hand side of the screen.Go on try it out and take a look… yes, as with other parts of the site there’s still a bit of work to be done but personally I think its looking pretty good.

With these changes comes a promise to update the site on a much more regular basis. Plus, in case you are wondering I have not forgotten about the three Sam Wilde thrillers. I had a change of mind about the first in the series. The story didn’t work as well as I had liked and although it took a while to resolves the issues that I was finding with it the rewritten version is now near completion and should be available early in the new year with the two follow-up stories available not long after. Hence the change of name from Sapphire Nights to Monaco Nights. I’m sure you will find the wait worthwhile!

Anyway, Christmas is literally around the corner, three sleeps away in fact so I better get on but if I don’t see you before then have a Merry Christmas and a Happy New Year!