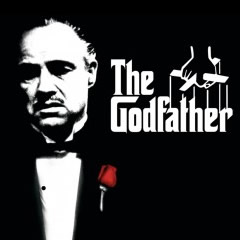 That’s right, there’s a first time for everything and over the weekend I visited my brother Stephen and after a bite to eat and a quantity of alcohol we sat down to watch the 1972 classic film, The Godfather!

Neither Stephen or I had seen the film before, all be it that Stephen has owned the DVD box-set of the three films for the last ten years without ever opening it.

So what did I think of the film? Well, I have to say that I thoroughly enjoyed it. Set between 1945 and 1955 and with a superb cast, the longevity of  The Godfather the past thirty-nine years was guaranteed and I’m certain it will live on for many more years to come. Saying that it wouldn’t surprise me if Hollywood decide to churn out a remake that will devotees of the original running for the hills.

As to why I’ve never seen The Godfather before, I really don’t know. It’s just one of those films that has passed me by. Of course the question now is when am I going to sit down and watch the sequel!